Alexander Brangman’s story is steeped in spiritual resilience, emotional intelligence, and quiet fire determination. He was born in the Bronx, New York, and from a very early age, contended with profound loss. He lost his sister, Jewel, when he was a young boy (his daughter was named after her). At the age of 13 he learned that his father was murdered, and later he lost his two older brothers and his mother.

Brangman would go on to be a musician, and later, to build a better life for his family, go back to school and become a law professor. He raised Jewel, and her older brother, as a single parent. Brangman was a dedicated Mr. Mom figure who shuttled Jewel’s fellow gymnastics teammates around in his own vehicle and made sure he was there for every beat of his daughter’s life. When she wanted to move to San Diego upon completing her graduate degree, he packed up his life and relocated to be closer to her.

Then on September 7, 2014 at 8:30 pm, he was watching a football game with friends when two police officers knocked on the door. He thought they might have received a noise complaint. Instead, they had come with the news that his daughter, Jewel—the light of his life—had been in a fatal car accident. She was 26, a model, gymnast, and gymnastics teacher who was preparing for her Ph.D. Just hours before, Brangman received the final text from his daughter; it read, “I love my life, Dad.”

Jewel had been in a fender bender in a rental car when a faulty airbag exploded on impact, sending shards of shrapnel into her carotid artery. She died the next day. Passengers in the three other cars involved in the accident walked away virtually unscathed.

Her fate was the direct result of corporate negligence—big business turning a blind eye to malfunctioning faulty products in order to keep profitability and productivity high. The faulty Takata airbag in the Honda that Jewel Brangman was driving had been recalled in 2009, but no measures were in place to ensure that the faulty product was replaced.

The Takata airbag recall has since become the biggest automotive recall in U.S. history. Jewel’s death was the eighth due to a faulty Takata airbag. As of November 2016, these defective airbags have been the cause of 19 deaths internationally, 13 in the United States, and hundreds of serious injuries worldwide. Currently, there are more than 100 million vehicles on the road equipped with Takata airbags.

From this painfully complex time, Brangman has emerged as a potent, thoughtful leader in the realm of consumer affairs with a poignant and pointed platform. He is quickly becoming a trusted and unstoppable force as a consumer advocate in Washington, on primetime, and on social media.

“When something this monumental happens, you either shrink or you rise up,” Brangman shares. “I’m out on the frontlines because I have a civic duty to help others. Feeling a responsibility to help others is how I raised Jewel, and that’s how she was as a person. This is my chance to share her light and uphold her legacy.”

Brangman defeated Takata, setting a milestone precedent in international business legislation. His powerful story has been featured on NBC, CBS, and ABC, where he read his last Father’s Day card from Jewel. He’s also spoken in Washington, D.C. and met with the FTC about the Takata case.

He is now a devoted advocate for consumer safety, dedicating himself to saving other’s lives by exposing unsafe business practices and working to strengthen laws aimed at protecting people. He is an articulate public speaker who continues to fight so that others don’t ever go through what his daughter did.

“I had Jewel for 26 years, 11 months, 9 hours and 15 minutes,” Brangman says. “We had an exceptional relationship—she was everything to me, and I was everything to her.” He continues: “This isn’t the journey most people want to take, but I’m here. I feel a duty to uplift, educate, help others, and save lives. That’s what Jewel would have wanted.” 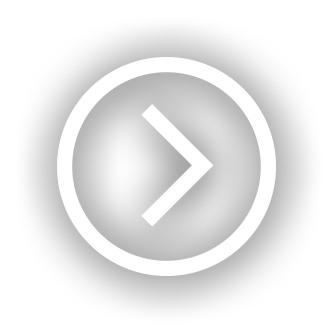